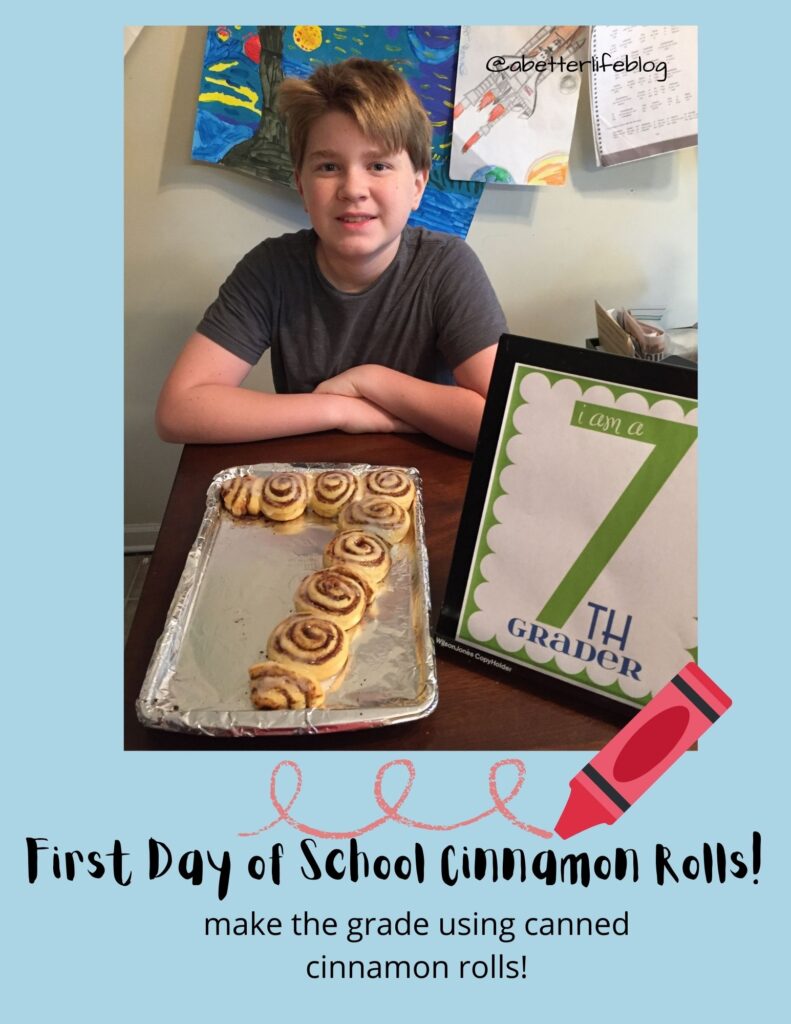 So sweeten up the first day of school and celebrate the grade your child is in with a cinnamon roll creation to commemorate it!

In my other cinnamon roll creations, you specifically need the Pillsbury Butter Flake rolls but for this one, any ol’ type will do because you’re not needing them to puff up. 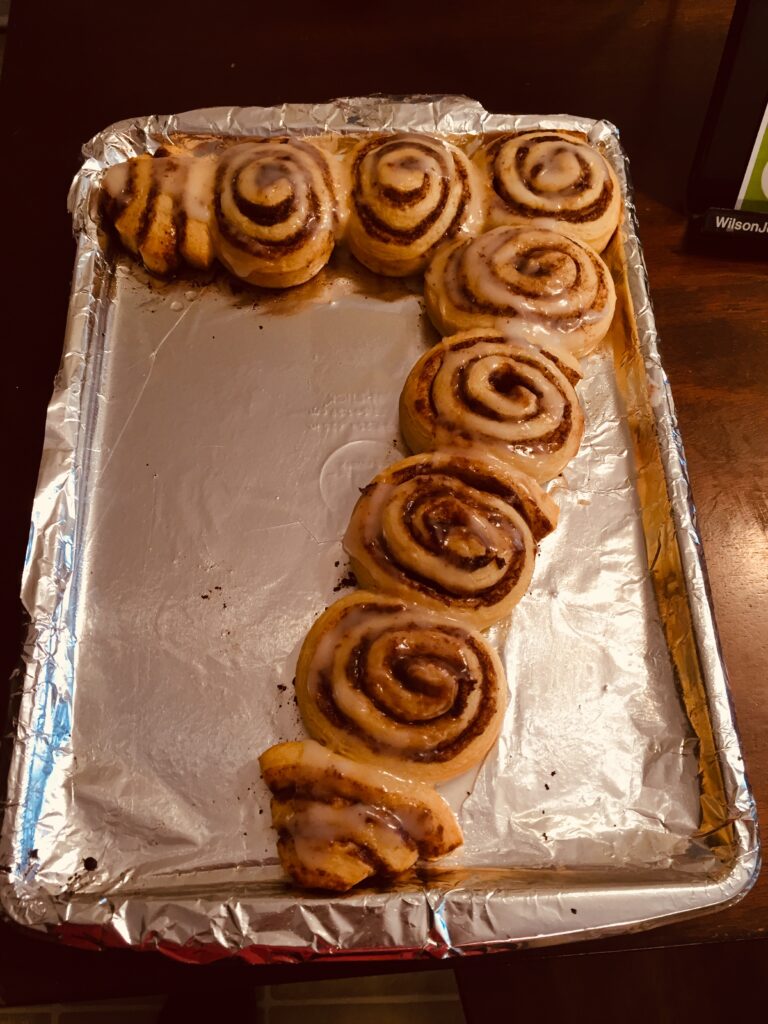 I haven’t done every number yet and I imagine some will be easier than others.  The 7 was pretty easy, it only took one can of 8 rolls.  Some numbers may take two or more cans.  You can see for the 7 I cut one cinnamon roll in half for the top and bottom.  That worked really well!

And as you can see, I baked them on a cookie sheet instead of round pan.  Be sure not to overbake them since they are not in a round formation, the edges can get hard quicker so I would start with the lowest time suggested in the directions on the cinnamon roll packaging. 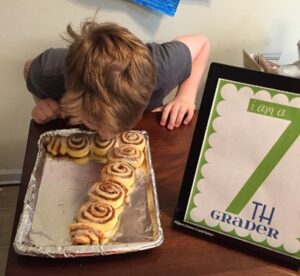 G heartily approved of his first day of school breakfast for 7th grade!

This can also easily be adapted for BIRTHDAY breakfast also!  I think instead of birthday pancakes this year, I’m going to do G’s age in cinnamon rolls!

Check out all my other cinnamon roll creations: