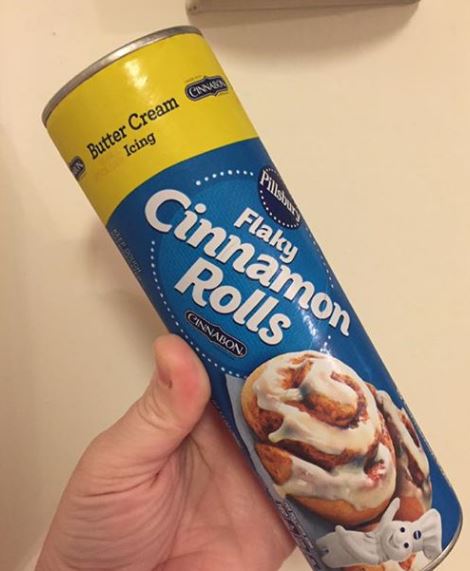 Arrange them on a pan like so (spraying the pan with cooking spray first really helps): 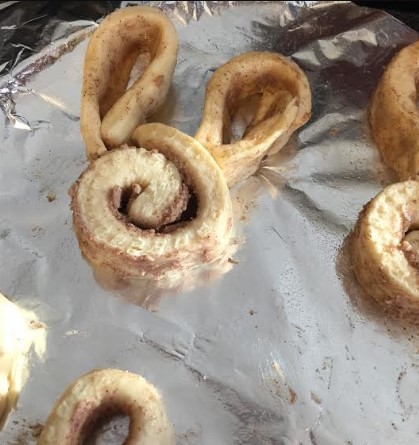 You’ll need to unroll each roll and cut it into pieces.  You should be able to get a bunny from every cinnamon roll. For the ear pieces I cut, they were actually shorter pieces than the look – I stretched the dough out before forming the ear. Also, be sure to pinch the bottom ends of the ears together really well (better than in my picture – I did not pinch them well enough!)

They will (hopefully) come out looking a bit like this: 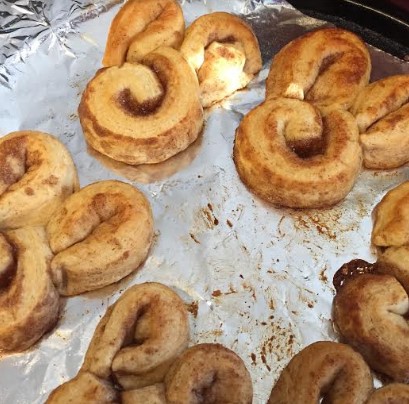 If the ears are a little too puffy or come detached from the head – they are fixable while they’re still warm.  Just adjust and smush where you need to.

After that, I just iced them like I would any other batch of cinnamon rolls.  I thought about coloring the icing to make different color bunnies, but I was short on time the morning I was making these and dint’ have time to be extra. 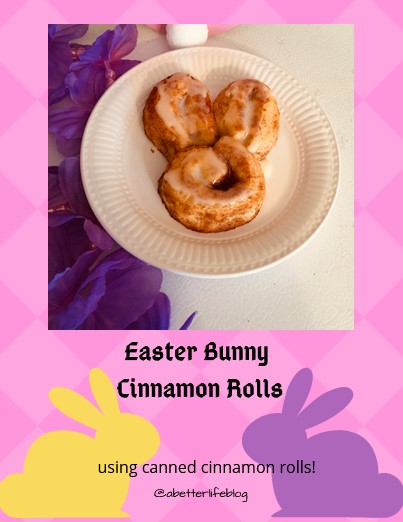 Did you like this?  Then be sure to check out how to make Shamrock Cinnamon Rolls for St. Patrick’s Day!