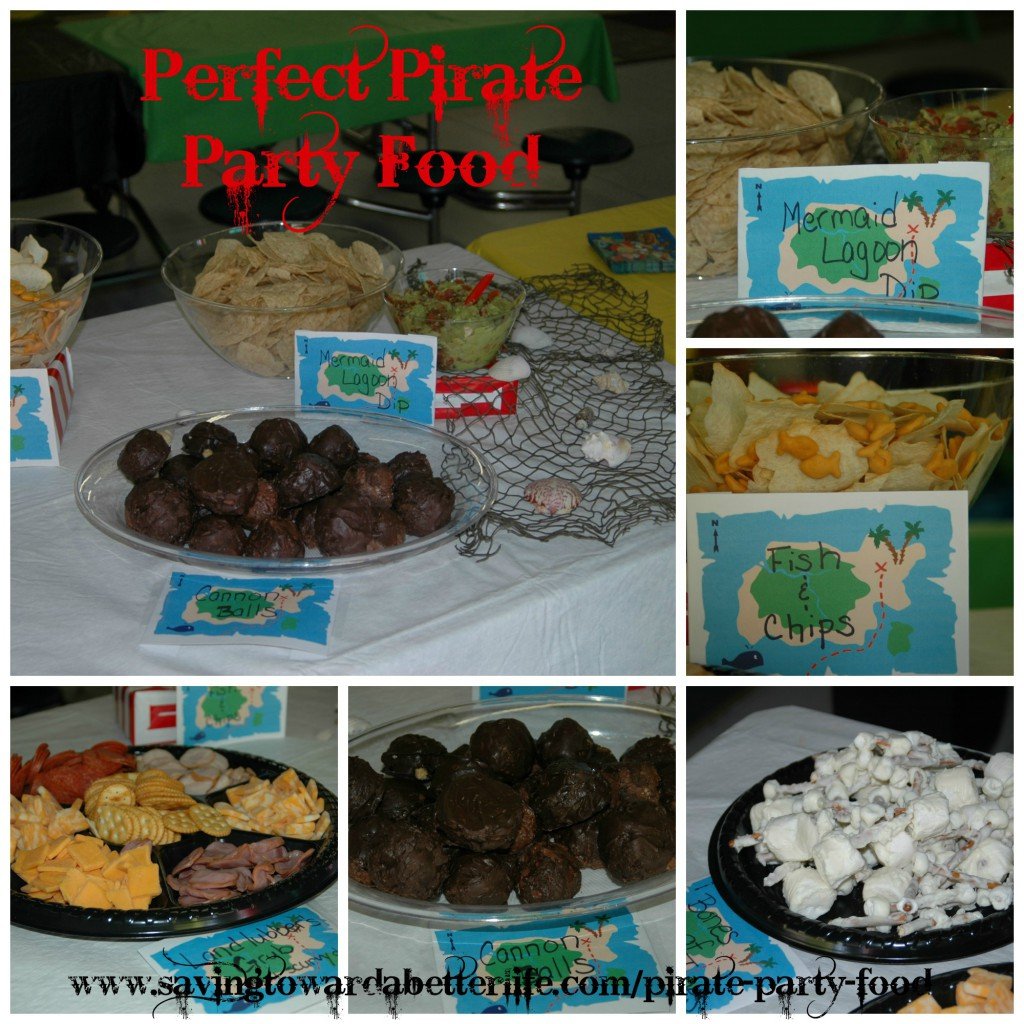 Alright, here is the last post in my series on the Pirate Birthday Party we had for Bug’s fourth birthday.  This time it is Pirate Party Food!

I really had fun coming up with fun food for the pirate party! 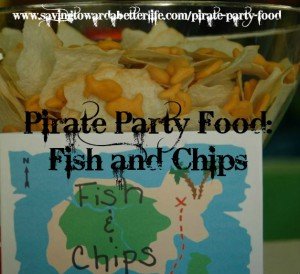 I’ll start with the easiest thing – Fish and Chips

I mean, really, do I even have to tell you how I did this?  Goldfish and potato chips.  Put in a clear bowl.  Done.  Easy as pie…easier, even. 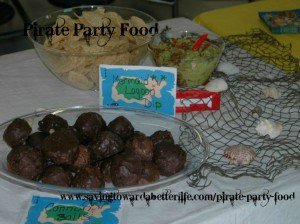 Which was really just guacamole, and store bought at that!  The grown ups really liked this!

Which were cake balls.  And the first time I ever tried to make Cake Balls so please excuse how they looked.  But they were delicious!  (I used a very moist pumpkin cake recipe…YUM).  I had wanted to go the easy route and use chocolate covered donut holes.  But I asked at two different stores and they said they had no idea if the store carried them/if they were even a product.  But I knew I had seen them before.  Couldn’t find them anywhere….until after the party.  Then I saw them in store one day.  So chocolate covered donut holes would be an easier option for cannon balls.

These were a lot of fun to make.  Bug even helped.  You put marshmallows on the ends of pretzel sticks (I just both regular and jumbo marshmallows for variety) and cover them in white chocolate candy melts.  They look like bones!  These were a huge hit too!

Just to balance it out and to make sure I had enough food, I included a meat, cheese and cracker platter and just called it Land Lubber’s Grub.  :)

I put a sign on the cooler that said “Bucket O’ Ale  (not really – just juice boxes and water)”  It got some chuckles from the grown ups.