Ask a Couponer: What Does it Mean to “Stack” Coupons?

What is stacking coupons?  How do you do it?  What stores can you stack coupons at?

When you STACK coupons you are using TWO coupons on ONE item.  Now, this is generally not allowed.  But there is one instance where it is.

Who has store coupons?  Winn-Dixie, Target, Publix, CVS, Dollar General, Walgreens and Rite Aid are a few of the major ones that do.

What else do you want to Ask A Couponer?


Get the news for less. DiscountedNewspapers.com 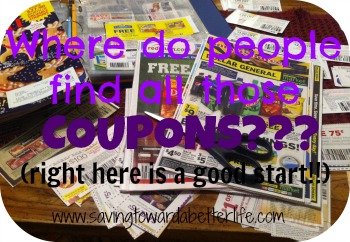 Back to top
Go to mobile version