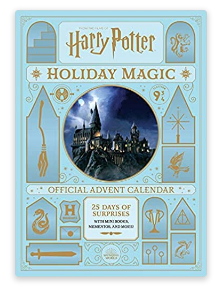 Celebrate the holidays with Harry, Ron, and Hermione with this magical advent calendar book filled with more than twenty-five Wizarding World surprises.

From the heraldry of the four Hogwarts houses to the extravagant wares of Weasleys’ Wizard Wheezes, the world of Harry Potter overflows with radiant color. Filled with intricate illustrations and elaborate designs used in the making of the Harry Potter films, this book invites you to imbue the wizarding

g world with color in your own explorations of Hogwarts Castle, the Forbidden Forest, and much more. You will also find pages of magical creatures and iconic scenes from the films, from the Sorting Ceremony in Harry’s first year, to the unforgettable final battle between Harry and Lord Voldemort, as well as some of the marvelous props used in the movies, such as The Quibbler, Quidditch World Cup posters, and the Triwizard Cup. Also includes sixteen pages of full-color art from the movies to inspire you as you draw. 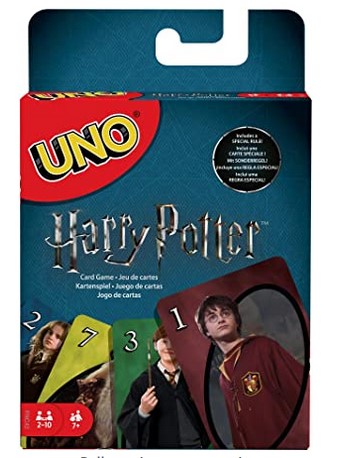 ​Now you can play UNO in the company of your favorite Harry Potter characters. Same gameplay as Basic UNO but features images of Hermione, Harry, Ron, and other characters from the magical world of Harry Potter.  The goal is to get rid of all the cards in your hand, and the first player or team to 500 points wins.  Special action cards include Skips, Reverses, Draw Twos, and Wild cards. Sorting Hat card makes another player of our choice keep drawing cards until they get a Gryffindor card

In this spellbinding hardcover book, Harry Potter film fans of all ages can explore Ollivanders and learn what makes a wand. Then take a wand for a spin as you discover the most magical moments from the Harry Potter films in this incredible book! The wand included activates seven different spell sounds. Simply perform the proper wand motion, hold the wand over the spell you wish to use, and tap the button. It’s just like magic! 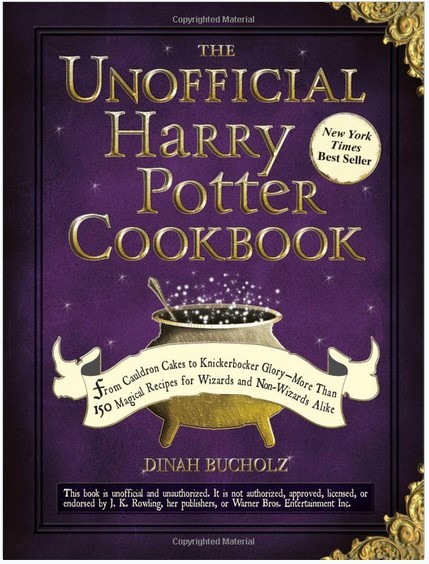 With this cookbook, dining a la Hogwarts is as easy as Banoffi Pie. With more than 150 easy-to-make recipes, tips, and techniques, you can indulge in spellbindingly delicious meals drawn straight from the pages of your favorite Potter stories, such as:

With a dash of magic and a drop of creativity, you’ll conjure up the entrees, desserts, snacks, and drinks you need to transform ordinary Muggle meals into magical culinary masterpieces, sure to make even Mrs. Weasley proud.

Ever wanted to fold your own Howler? Or play a desktop game of Quidditch?

Experience the Wizarding World like never before with this deluxe, 112-page origami guidebook! Packed with step-by-step instructions, fans can learn to fold fifteen unique origami pieces, including objects, creatures, and settings straight from the films of Harry Potter! 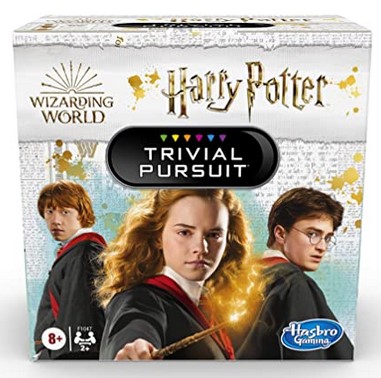 INSPIRED BY HARRY POTTER MOVIES: Players can test their knowledge of the world of Harry Potter with this trivia game featuring 600 questions based on some favorite Harry Potter movie moments

INSPIRED BY HARRY POTTER: The Clue: Wizarding World Harry Potter edition board game is a suspenseful game of “whodunit” with artwork and characters inspired by the Wizarding World Harry Potter universe
WHO, WHAT, WHERE: Kids move around the board as Harry, Ron, Hermione, Ginny, Luna, or Neville, and try to discover who vanished, what spell was used, and where the crime happened
CHANGING GAMEBOARD: Players can move the wheels in the corners of the board to reveal secret passages, changing staircases, which doors may or may not be available to use, or the Dark Mark may appear