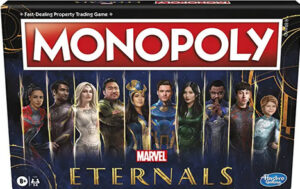 These special edition Monopoly games are always pricey so if you think this version is going to be on someone’s Christmas list, you should grab it now because it’s under ten bucks!

This one is a few dollars more but I know this is the one my son would want!

MONOPOLY: Marvel Studios’ The Falcon and The Winter Soldier Edition Board Game – $12.47