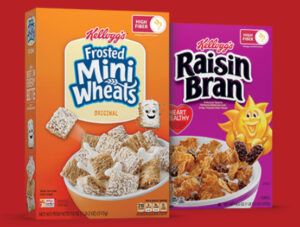 The Class Products include the following:

You have until September 7, 2021 to submit your claim online or by mail!

The lawsuit alleges Kellogg violated certain laws in labeling certain breakfast cereals with claims that made the products seem healthy, when they were in fact unhealthy due to their high added sugar content. Kellogg denies any and all wrongdoing and has asserted various defenses that it believes are meritorious. Both sides have agreed to a Settlement, which will allow both sides to avoid the risk and cost of further litigation.

Class Members who timely submit a valid approved claim are entitled to compensation. Each timely, valid claimant will receive a payment based on the type and estimated amount of Class Products purchased during the Class Period. Based on the estimated number of claims that will be made, the estimated average Cash Award is approximately $16.09. However, the actual amount of the Cash Award any individual receives will depend on both the number of claims made, and each claimant’s purchase history, and may be significantly more or less than $16.09.

Obviously, since we’re going back to 2012, proof of purchase is not required.  However, it is illegal to file a claim in a class action suit if you don’t have a valid claim.  The form will help you estimate how many boxes you’ve purchased.