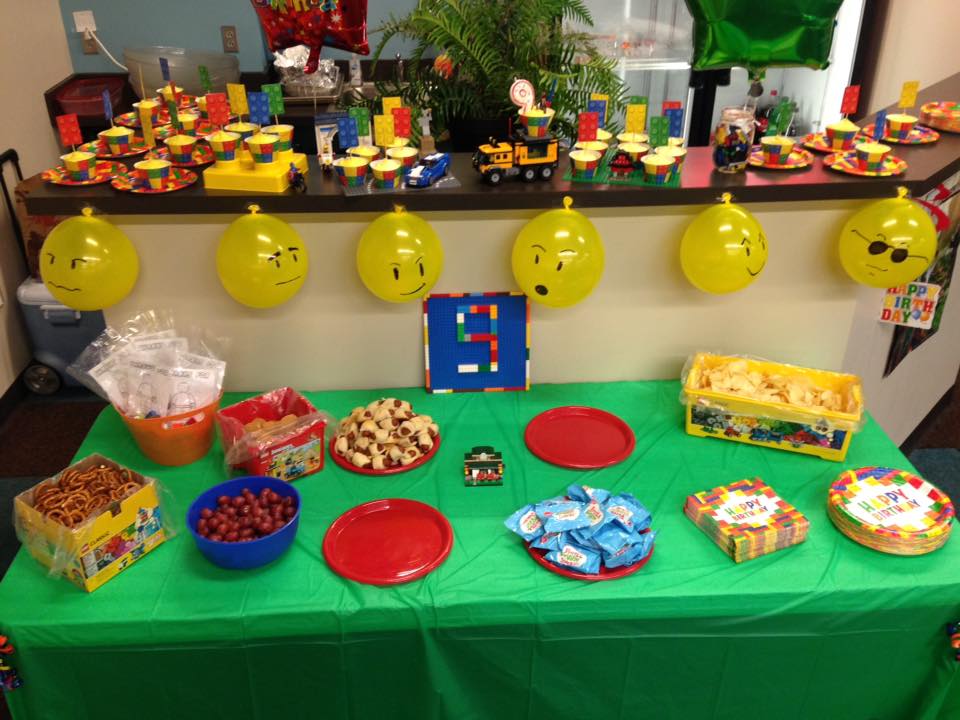 I have not done a good job of sharing G’s birthday parties for several years now!  The last one I posted was his Disney Planes Birthday Party when he was 6 and few Paw Patrol party ideas from when he was 8.  He’s 11 now. One party I particularly LOVED throwing was his ninth birthday LEGO BIRTHDAY PARTY!

This one was so easy because we basically had all the decorations we needed in the form of LEGOs!   This one really was SO easy to pull off.  Check out the pictures and get some ideas for your own LEGO Birthday Party! 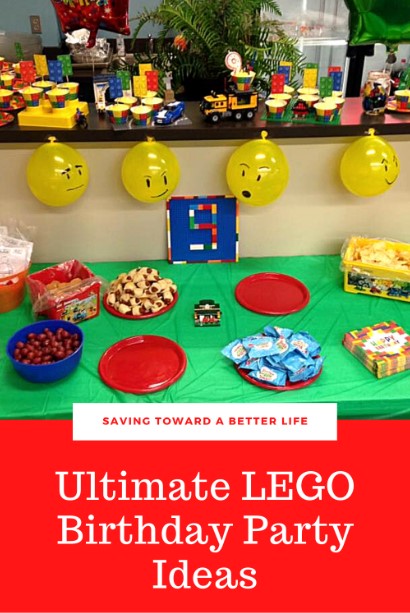 If you have a LEGO-obsessed kid, then you likely have a ton of decorations to use!  I spent less on decorations for this party than any other party because we used so much we already had!

G picked several of his favorite sets to use as decorations!   I used LEGO base plates as cupcake trays. 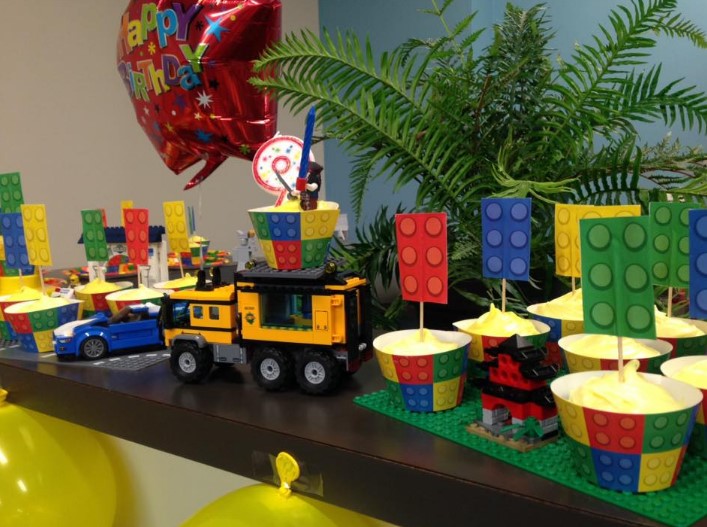 I made balloon weights out of mason jars filled with LEGO bricks!

The LEGO brick cupcake wrappers with the toothpick decorations were from Amazon.  A set of 50 for less than $10.  More than enough for the party.  (I’ve been using the extras for special treats over the years!) 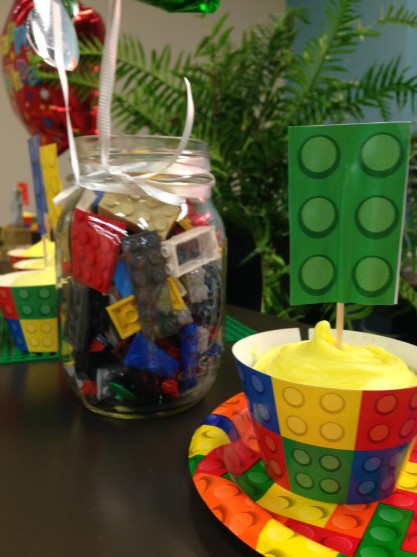 Be sure to use green tablecloths because they look like traditional base plates.  And yellow balloons are easily made into minifigure faces!  My son still talks about how much he loved the minifigure ballons!

G made the number 9 sign for the party.  I had seen the idea but, LEGO is not my thing so he was happy to make it himself.  It was the perfect touch!  He loved being able to contribute! 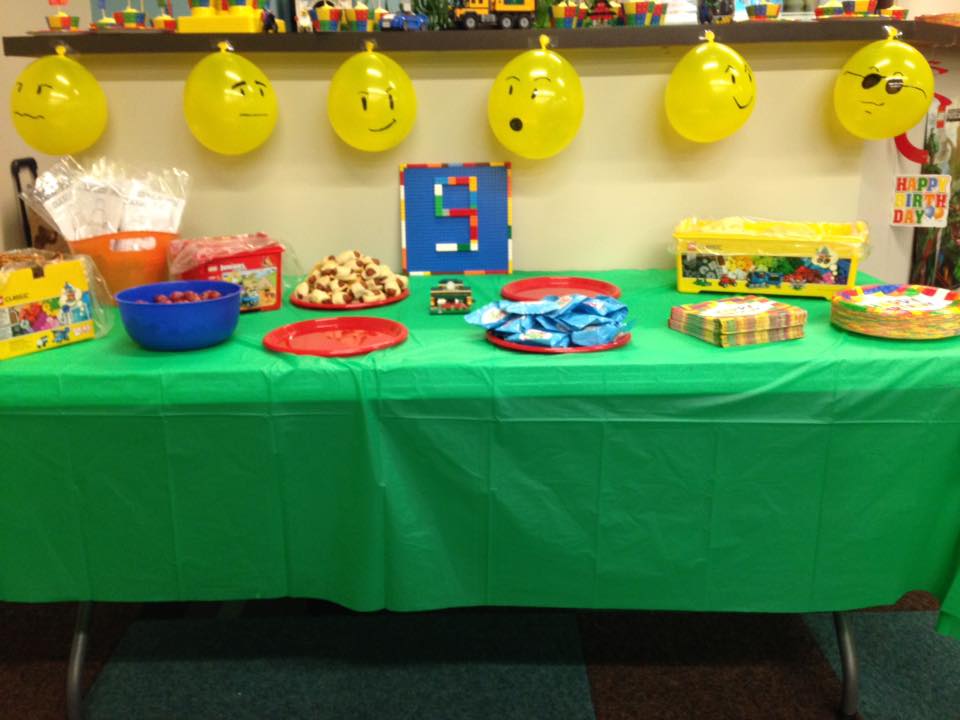 Surprisingly, Dollar Tree carries a line of “building block party supplies”!  This is where I got the plates and napkins because that’s all my store had at the time.  But they’ve since come out with banners and tabletop decorations, tablecloths and party hats that I’ve seen in store.  Plus, all the items are available to purchase online as well! 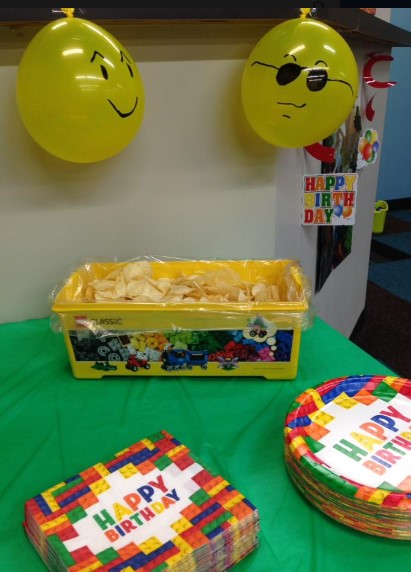 It really was that super simple!  Everything got so many compliments and looked like it took a lot of time, but in the grand scheme of birthday parties, it was easy-peasy!  (No where NEAR the amount of work I put into the Curious George Circus Birthday Party!)

LEGO Birthday Party THINGS TO DO

Really, the best way to entertain kids at a LEGO birthday party is to let them play with LEGO bricks!  If you want some structured LEGO building, you can try LEGO challenge cards.  Our party was held in our church’s game room, so we also had ping pong, air hockey and Foosball.

But, we did find time to play the LEGO Spoon Race.

This LEGO Printable Activity Book has some fun printables that can be set up on a table with pencils and crayons OR sent home as the birthday favor!

Check out my LEGO Pinterest Board for more LEGO Birthday Party Ideas and LEGO play ideas! 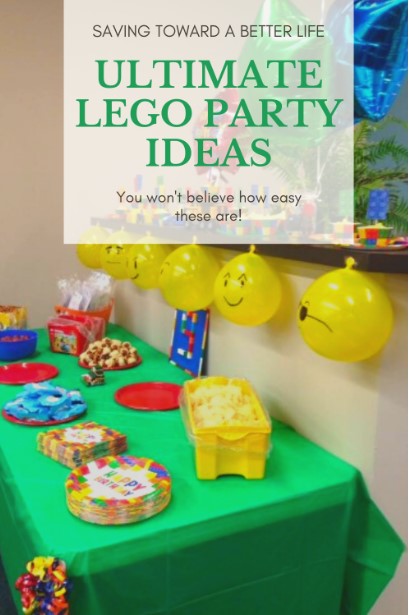