Easter blessings from our home to yours! 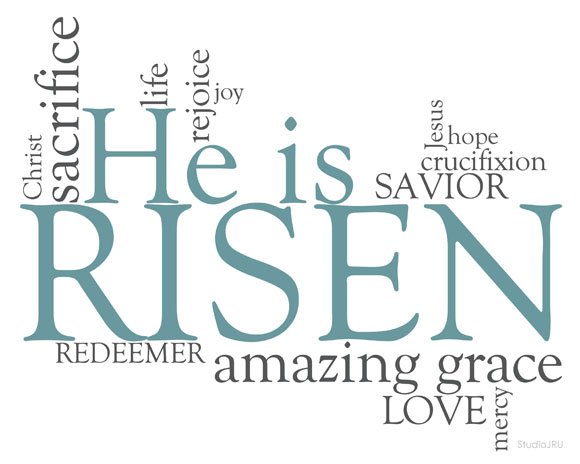 Now after the Sabbath, near dawn of the first day of the week, Mary of Magdala and the other Mary went to take a look at the tomb.

And behold, there was a great earthquake, for an angel of the Lord descended from heaven and came and rolled the boulder back and sat upon it.

His appearance was like lightning, and his garments as white as snow.
And those keeping guard were so frightened at the sight of him that they were agitated and they trembled and became like dead men.

But the angel said to the women, Do not be alarmed and frightened, for I know that you are looking for Jesus, Who was crucified.

He is not here; He has risen, as He said He would do. Come, see the place where He lay.
Then go quickly and tell His disciples, He has risen from the dead!

Living, He loved me.  Dying, He saved me.
Buried, He carried my sins far away.
Rising he justified, freely forever
And one day He’s coming,
OH GLORIOUS DAY!