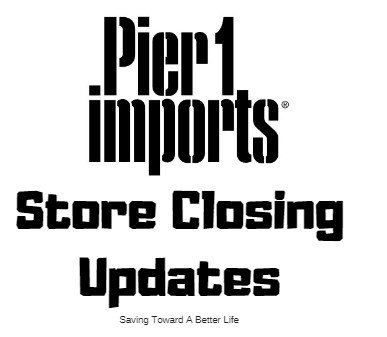 Pier 1 announced just this week that it is closing 450 stores, with 331 of those being U.S. stores.  This accounts for at least half of Pier 1’s stores from what I have read.

Clearance/liquidation sales have already started at many of these locations.

They have not released an official list of stores like Macy’s has, but according to Business Insider, more than 270 stores across 43 states have already been removed from Pier 1 Import’s website. On Facebook, Pier 1 Imports wrote, “If you have any questions about stores in your area, you can visit Pier1.com and enter your zip code at the top of the page. Closing locations have been removed from this list.”

That’s what we know at the moment.