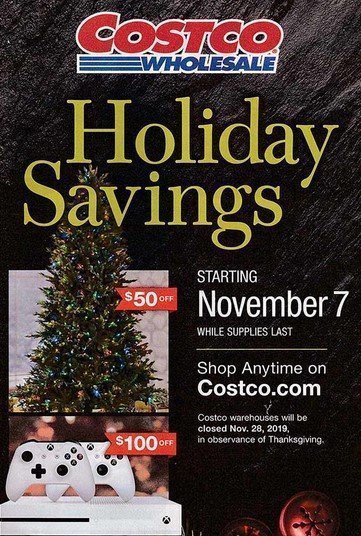 Costco is not the first place I think of when I think of Black Friday, but they have put out (a rather large) ad for Black Friday 2019 and here it is!

There is just one ad out for the whole holiday season, November 7th – December 2nd, so as you’re flipping through, pay attention to the color coding and dates on the pages.

There are several pages of Holiday Savings that start November 7th in store and run through November 21st.

There will be another set of deals you can find in store from November 22nd to December 2nd.

Costco will be closed on Thanksgiving but they will have ONE DAY ONLINE ONLY DEALS on November 28th, 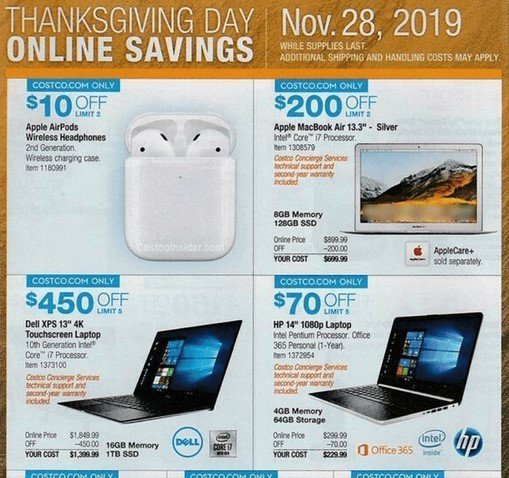 Stores open at 9am on Friday, November 29th. Some Friday deals will also be available online starting Thursday. 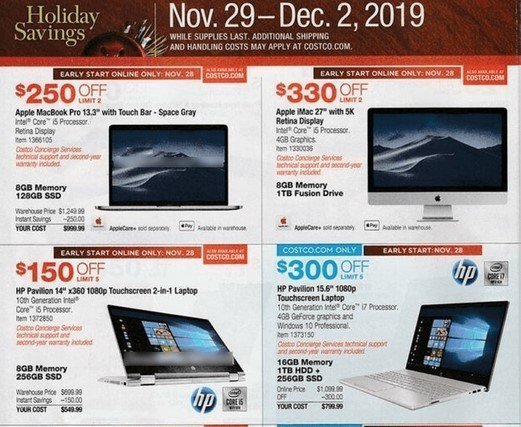 Costco will also be having Cyber Monday online only savings on Monday, December 2nd. 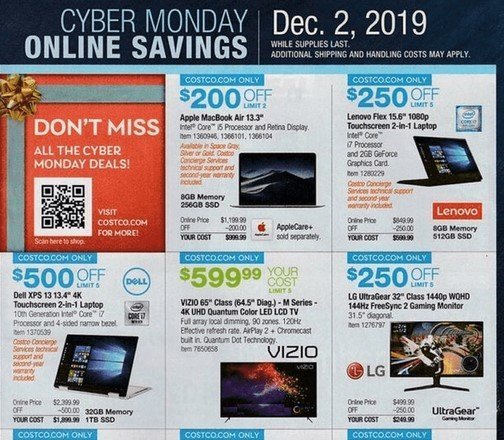 Full browsable and shoppable ad below (may take it a minute to load).

If you can’t see the ad above, click here to open it.

Previous post: Target: Veterans and Active Military save 10% thru 11/9