div.fullWidth { width: 100%; } Amazon Prime Day Sales Item History | What Might Be On Sale This Year? - Saving Toward A Better Life

Amazon Prime Day Sales Item History | What Might Be On Sale This Year?

Amazon Prime Day is like a Pandora’s Box of deals.  We don’t know what’s going to be in there until it’s opened.

BUT we can use past Prime Days to make good assumptions as to what we might find on sale.  (Plus, some brands have already come out and said they will have products on sale – like Britax).

So what did last year’s Prime Day look like?

The Fire TV Stick was the most purchased item on Prime Day in 2018.  Definitely expect to see deals on some Fire TV items.  The new Fire TV Recast, over-the-air DVR is my pick for a potential Prime Day deal.

It doesn’t surprise me at all that when you break it down regionally, the #1 seller in the United States was the Instant Pot Pressure Cooker.

I always use Prime Day to star scouting Christmas presents for my son.  Funny enough, of all the toy deals we can see pop-up on Prime Day, THIS was the #1 seller in the toy category in 2018: 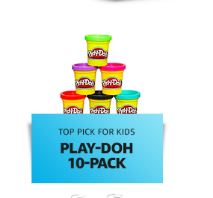 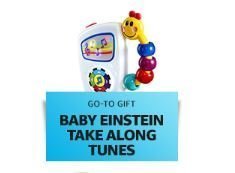 And the Baby Einstein Take Along Tunes was the most gifted item during Prime Day 2018!

In my unofficial scientific research (based on what my readers bought the most of), here are the top deal items from 2018: 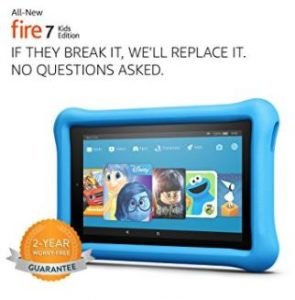 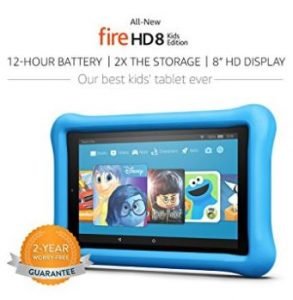 The Kids Edition Tablets – both the Fire 7 and the Fire HD8 were big sellers last year.  And I totally predict there will be deals on them this year.

I had tons of readers try out the $.99 trial of Amazon Music!  (I personally love it!) And it’s a Prime Day Deal you don’t have to wait for!  You can get it now!

Check out this list of Prime Day 2019 Deals you can already snag!

Check out this post for four quick ways to snag FREE Amazon gift cards you can spend on Prime Day!

Amazon Prime Day is a shopping event with more deals than Black Friday.  Prime members can shop exclusive deals from electronics, toys, video games, movies, clothing, patio, lawn and garden, sports and outdoor items and more.    Amazon will be featuring deals offered exclusively for Prime members with new deals as often as every 5 minutes throughout the day!

And this year, Prime members will enjoy TWO FULL DAYS of shopping!!  Amazon announced that this year’s Prime Day starts on Monday, July 15 at 12am PT/3am ET and will run through the end of July 16 – for 48 hours of Amazon’s best deals. Prime Day(s)  will be the biggest celebration of deals with limited-time offers, never-before-seen entertainment and exclusive launches online and in-store. Also, members will find the biggest Prime Day deals ever on Alexa-enabled devices. And one of the best Prime Day deals starts now – save $120 on Toshiba HD 43-inch Fire TV Edition Smart TV, only $179.99, through June 30 or while supplies last. Prime members in the U.S., U.K., Spain, Singapore, Netherlands, Mexico, Luxembourg, Japan, Italy, India, Germany, France, China, Canada, Belgium, Austria, Australia and – new this year – United Arab Emirates, can shop our best day(s) of deals.

It’s not too early to shop for Christmas either!

You can start your 30 Day Free Trial of Prime (with the option to cancel anytime).   Obviously, they don’t want to you cancel, so Amazon hopes that you will love it (or forget to cancel) and pay for an annual membership.   Do I have Amazon Prime?  Yes I do!

Try Prime and get immediate access to deals starting at 12am est on July 15.  Plus, you’ll have an entire year to use your Prime benefits which include free streaming of hundreds of movies and TV shows, FREE 2-day shipping on eligible orders and more!

Here are step-by-step instructions on how to get your free trial membership and how to cancel without being charged.

Find more Amazon deals so you can start using your Amazon Prime subscription!