So I shared with you a few day ago the new Captain Jack Sparrow costume G got for his birthday.  We had a chance to do the ultimate costume test at Mickey’s Not So Scary Halloween Party last night!   Captain Jack is a great character to meet and it’s even MORE fun when you’re dressed like him! 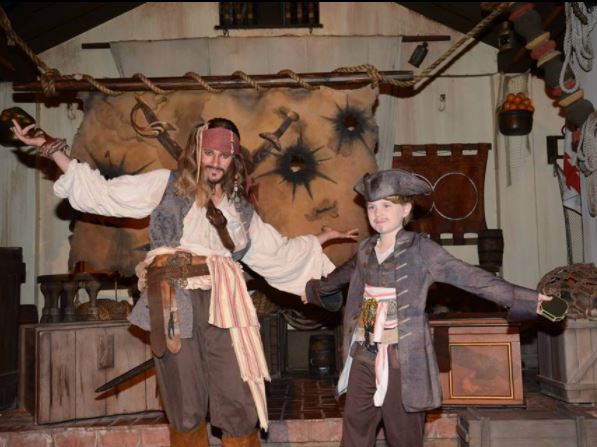 So, I have to know….who wore it better?

G’s costume is the  Deluxe Captain Jack Sparrow Costume for Boys from HalloweenCostumes.com.   He got so much attention and so many compliments on it too from Cast Members and Guests.  But the true test was putting it up against the real deal!

We LOVE meeting characters at Disney.  I was able to grab a video clip of the funniest part of last night’s meeting of the Captain Jacks.  It’s now my favorite character memory from all our trips (and trust me, there are some really great ones to beat!)

Keep scrolling for a couple more pictures and a VIDEO of the encounter!

Here he is waiting his turn to meet his favorite pirate. 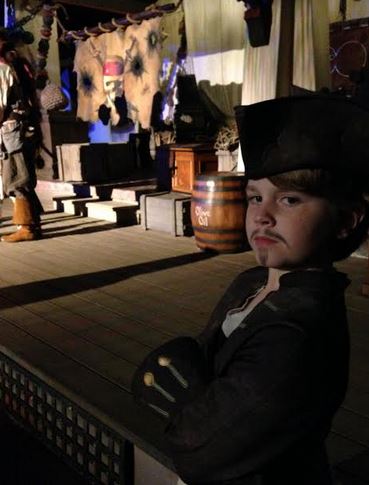 Here’s Captain Jack assessing the situation.  He looked at G and said, “Are you me?”  And G replied, “No, I’m just dressed like you.” 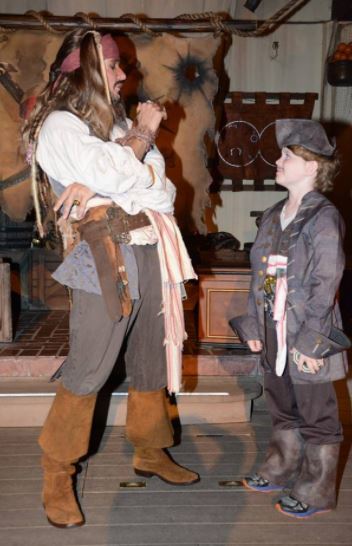 Right after that is where the video picks up:

Is there a kid in your life that needs a Captain Jack Sparrow costume? 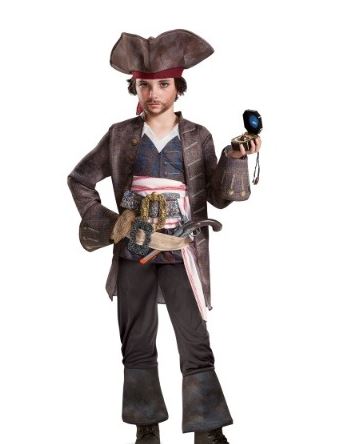 In case you haven’t seen the NEW Pirates of the Caribbean 5: Dead Men Tell No Tales, our beloved Captain Jack has had a subtle wardrobe update.  He still has his iconic hat, belts, sash and red bandanna.  But the rest has a different look.

Important note, costume is pictured with compass and pistol – NOT included.

Check out the full review of the costume here.

HalloweenCostumes.com also has all the accessories you need to put together the ultimate Captain Jack Sparrow costume.  But hurry and shop now!  October 26th is the last day they can assure that you will receive it before Halloween!

Next post: #PrizesWithPost You Could WIN a Nintendo Switch! #CerealAnytime #ad