I’ve been bored with the drug store deals the last few weeks but this week has been pretty good.  Here’s what I’ve done so far: 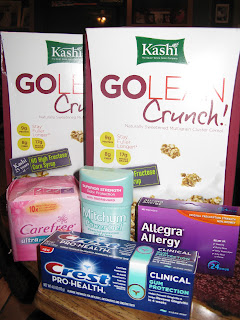 This plus two 24-packs of bottled water is what I’ve gotten from CVS this week.  The Kashi and the water I had rainchecks on from two (maybe more?) weeks ago.  My store has been out for a while.

The Carefree liners were on a clearance table at my store. 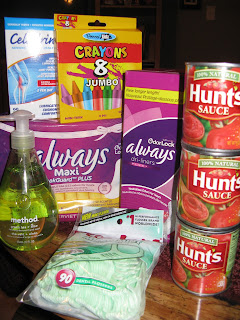 Everything in this picture plus two packs of Walgreens diapers is from my two Walgreens’ transaction.  The diapers were BOGO with a rain check from last week.  The crayons were on clearance for $1.09 (Bug has been asking for some new “tolors”.)


Again, not too shabby!

I plan on making another trip to each store again this week.