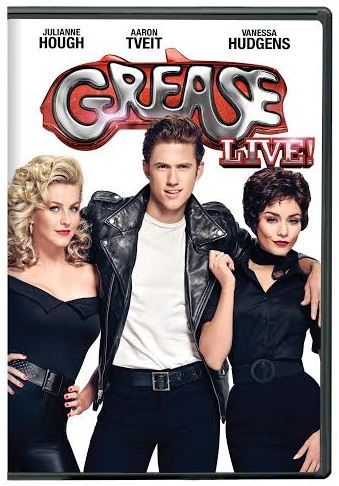 So…did you get to see GREASE LIVE! on Fox?  Please tell me you did.  It was so absolutely fabulous!  I watched it three times while it was still on Hulu Plus.  And NOW I can watch it as many times as I want to because it is NOW on DVD!  The GREASE LIVE! DVD boasts exclusive bonus features including a behind-the-scenes look at the monumental efforts behind the live production, the actors’ transformations into their characters, the choreography, cast interviews and more.

Grease is the word!  The landmark, live television production of the beloved musical Grease makes its home entertainment debut with GREASE LIVE! now available on Digital HD and coming to DVD March 8, 2016 from Paramount Home Media Distribution.  Hailed by critics as “the best Grease ever” (Darren Franich, EW.com) and “a big old win in every possible column” (Amber Dowling, The Wrap), the live event produced by Paramount Television garnered an average of 12.2 million viewers, delivering Fox’s largest overall audience of the season.  GREASE LIVE! also ranks as the #1 most viral live musical event ever, based on unique posts and audience impressions on social media.

Featuring a young ensemble cast, GREASE LIVE! reintroduces and reimagines some of the show’s most memorable moments, great music and timeless love story to an entirely new generation.   The productiondraws upon both the original 1971 musical by Jim Jacobs and Warren Casey and Paramount’s 1978 feature film adaptation to create a never-before-seen version with many modern surprises.

But if you saw it, the you know all that already!  I loved the movie GREASE when I was growing up.  What girl didn’t want to wear a poodle skirt and a Pink Ladies’ jacket?  I will say, the original movie gave me high expectations for high school that never came about.  Why couldn’t high school be all song and dance??  But I digress.  As much as I loved the original movie, GREASE LIVE! exceeded all expectations set by the movie.  It was PHENOMENAL.  And even though I was only watching it on a screen, I felt like I was there. 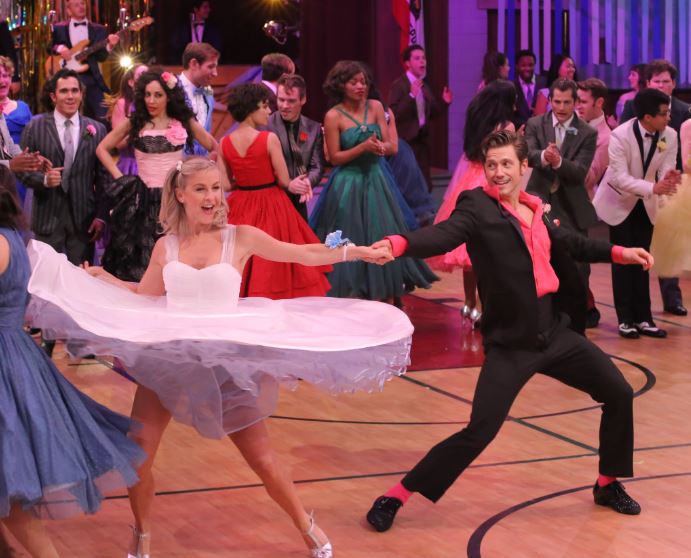 And one last comment from the peanut gallery here, then we’ll get to the good stuff.  I actually watched Graceland so I knew who Aaron Tveit was and he was great in the show.  But if I could tell him ONE thing after seeing GREASE LIVE! it would be to never, never EVER, go back to regular TV.  His talent is soooooooo wasted on a regular TV show.  That boy can sing and dance like nobody’s business. 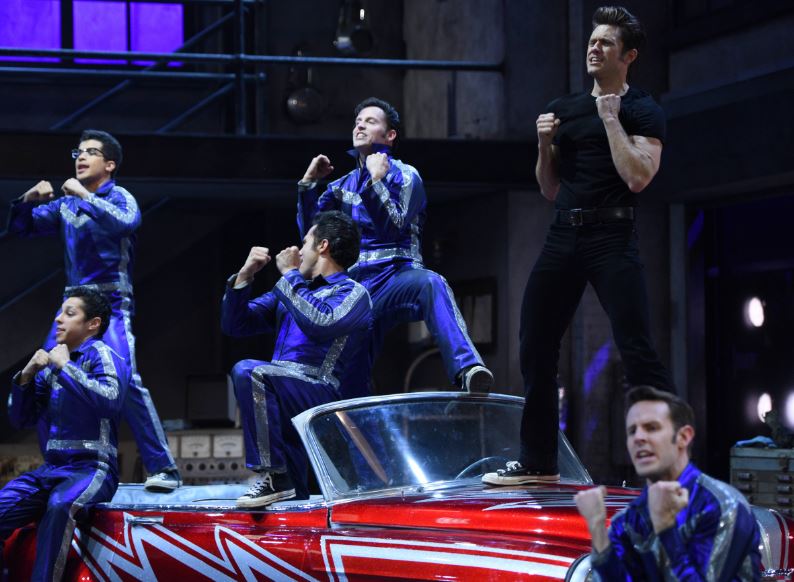 Did you know you can own a piece of GREASE LIVE!?

Beginning March 8, 2016, fans can visit Paramount.com/GreaseLive to bid on collectible items featured in the spectacular production such as Sandy’s blue cashmere cardigan, Danny’s gym costume, Kenickie’s “Greased Lightning” overalls, and much more.  Proceeds from the sale of nearly 100 props and costumes will benefit the VH1 Save the Music Foundation, a nonprofit organization dedicated to restoring music programs in America’s public schools and raising awareness about the importance of music as part of each child’s complete education.

The auction will run for one week, ending on March 15, 2016, and every person who purchases an item will receive a GREASE: LIVE! DVD and a replica crew badge like those worn by the production staff.

Now, would you like to WIN a copy of the DVD?  I have one DVD to give away to one lucky winner!  Enter using the rafflecopter form below:

US Entries only.  Giveaway ends 3/22/16 at 11:59pm cst.  Prize is sponsored by Paramount and they are responsible for prize fulfillment.  This giveaway is in no way affiliated with Facebook.