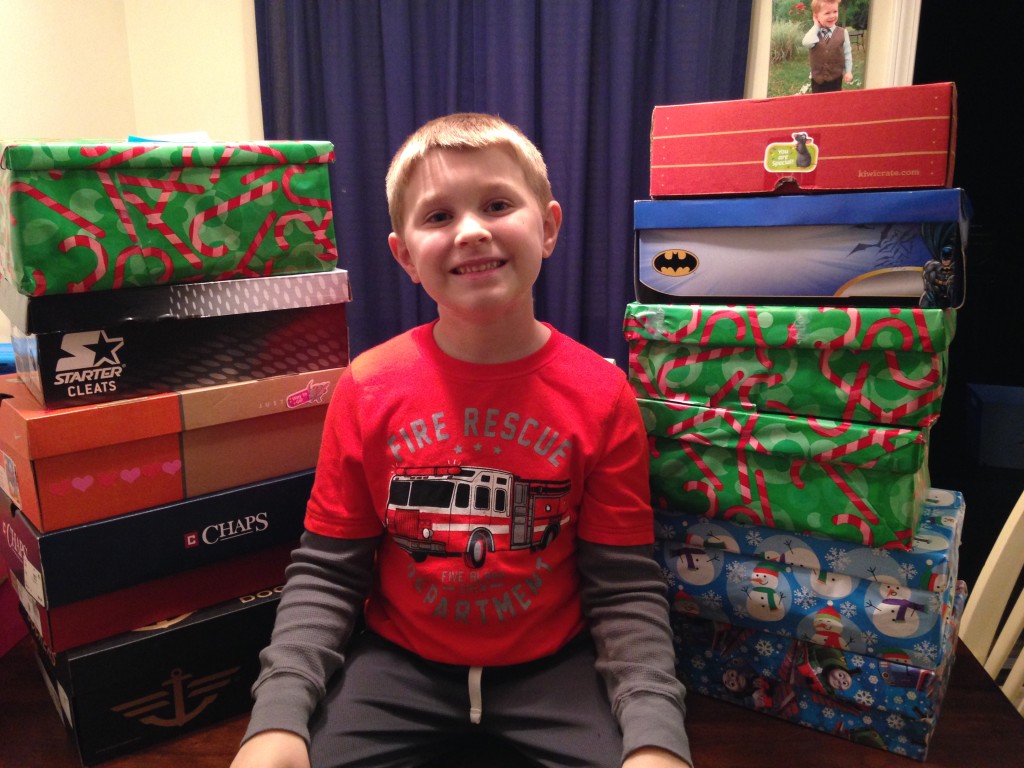 We did it!  We beat our record of 10 boxes from 2013 – we packed ELEVEN boxes this year for Operation Christmas Child!  Bug loved that the stack of boxes were taller than him (and that I let him sit on the table for the picture).

Here a picture of all the stuff before we packed it: 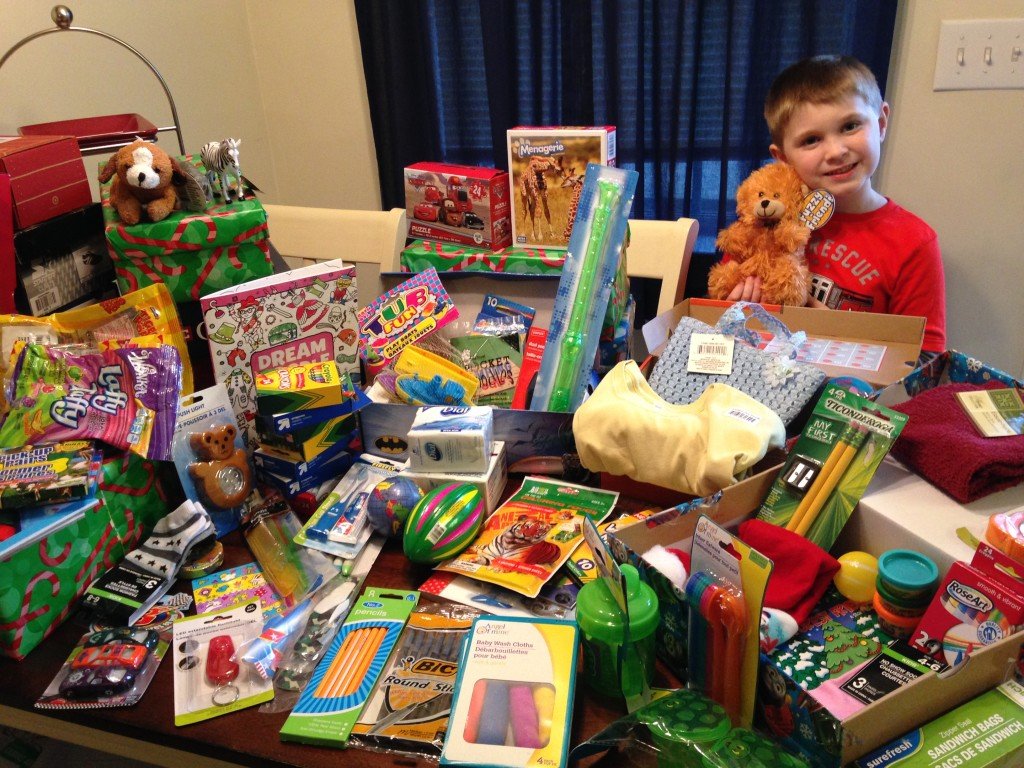 A few of the boxes in this picture already have stuff in them.  I didn’t feel like pulling it all out for a picture because it was already sorted.  And we had to make a Dollar Tree run for a few extra balls and toothbrushes because we were short.  But other than that, there it is…eleven boxes worth of stuff. 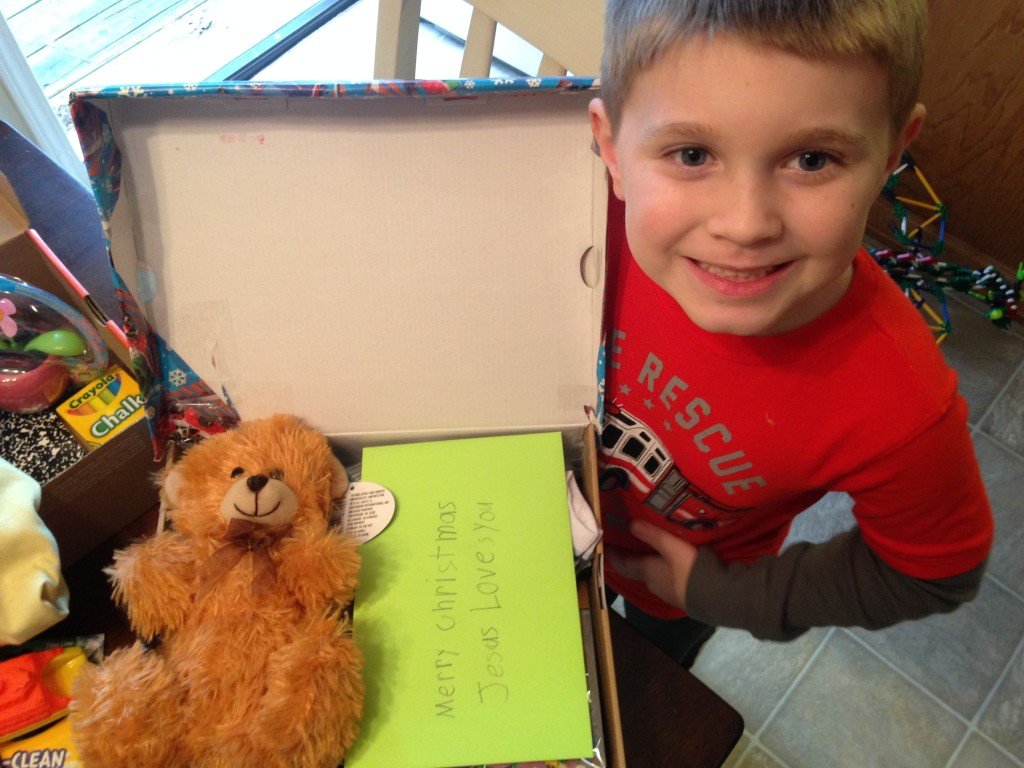 This is Bug’s box.  I let him have control over a box this year from picking what goes inside to actually putting it all in there.  He even included a letter that he wrote!  He picked out the bear at the store, held it all the way home, and hugged it before putting it in the box.  He told the bear that it would “be a while before he got to his new boy”, but he would “get lots of hugs when he got there”.  Oh my heart!!  He also wrote in his letter to the boy getting this box that he hopes he likes the bear.

Do you need ideas for what to include in an Operation Christmas Child shoebox?  Check out the boxes I’ve packed for each category:

What is Operation Christmas Child?  In a nutshell, it’s a charity that delivers boxes of gifts to children in the poorest parts of the world every year.  This year, OCC will deliver it’s ONE MILLIONTH shoebox! You can find out more about how to participate at SamaritansPurse.org.

Follow along as I spend all year couponing to Operation Christmas Child!

Find out how you can do it too!

Don’t forget to use the follow your box option so you can find out where your boxes went! The first year I tracked my boxes they went to Uganda!   Since then I’ve had boxes go to Madagascar, Dominican Republic, Gabon, Botswana and Chad!